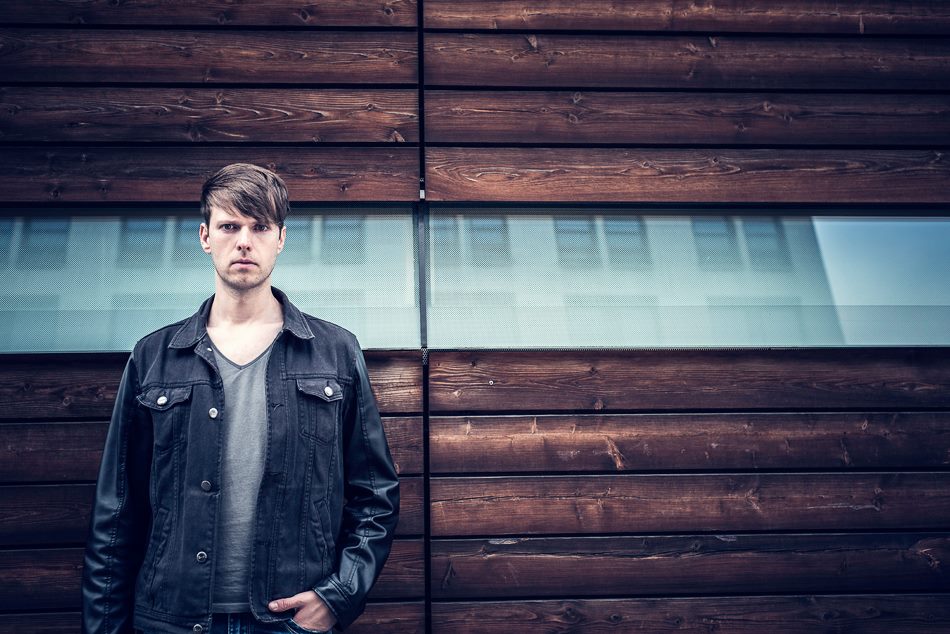 Hilton Theissen (born on March 5th 1974 in Cape Town), raised in Germany, is a composer, music producer, singer and musician. He releases music with his bands Dark Millennium and Akanoid as well as various music projects, cooperations and productions. 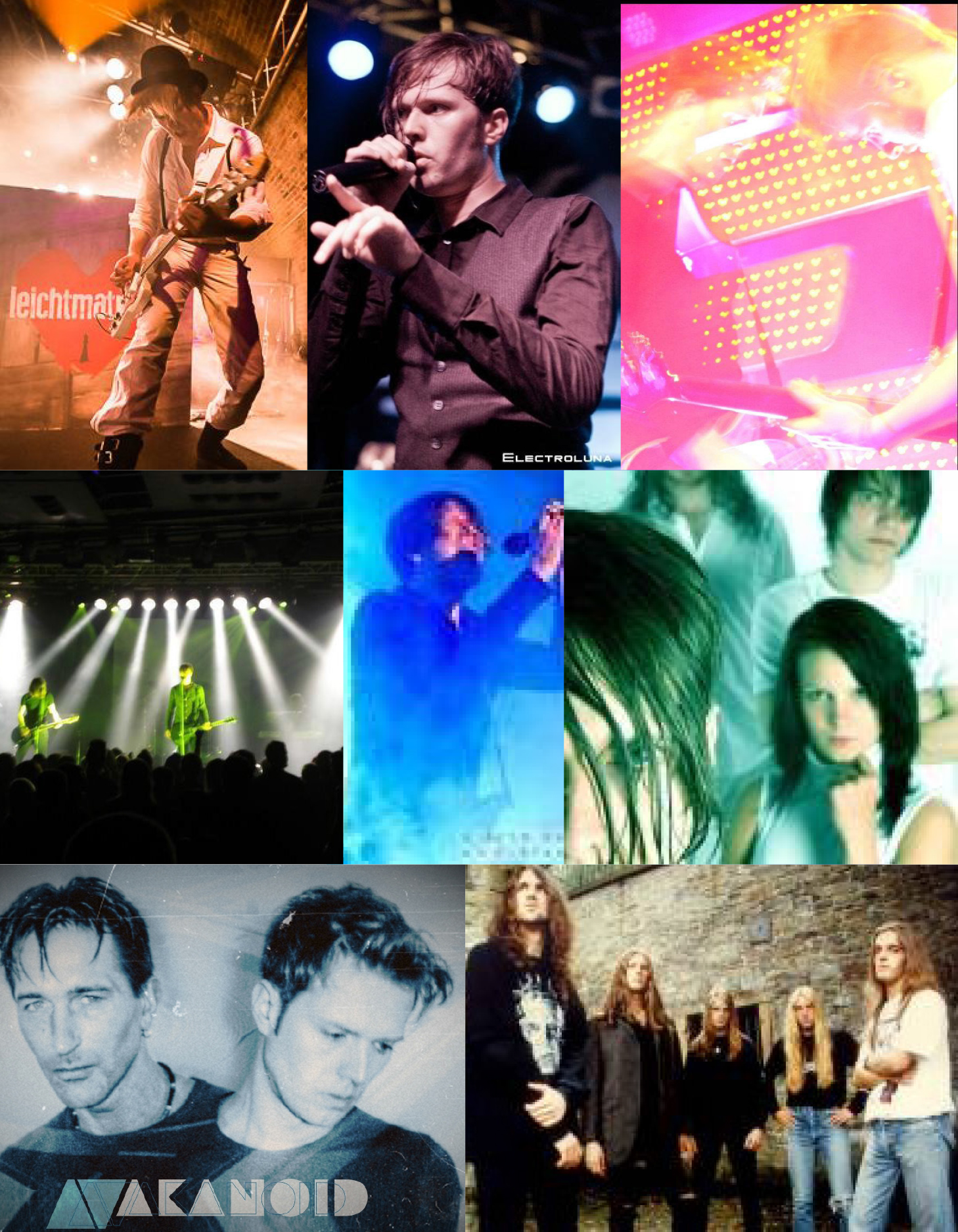 At the age of 6, Hilton Theissen started to play the guitar and drums. Very early, he also experimented with multi track recording and self-constructed music technology. In 1989 he met his first long-term companion Christoph Hesse who later became the co-founder of the progressive Death Metal Band Dark Millennium. Between 1992 and 1994 the emerging band published two demos and two albums. They played various concerts on festivals and tours.

After the band had separated and the Grunge project Cherub had been released in 1994, Theissen was discovered as a singer. In 1995 he published the project Rape – Children of a Lesser God via Polydor together with Christoph Hesse (drums), Gerold Kukulenz (bass, synthesizer) und Rafael Karnowski (guitar). It was also his first encounter with electronic music which from now on should become an inherent part of all of his own further productions. Between 1996 and 1998 Theissen, the band members of Rape and Martin Hirsch (Jester’s March, House of Spirits, Secret Discovery) experimented in the field of alternative Rock with electronic influences. In 1998 the Lable Semaphore contracted the Band under the name Hilton. An album was produced at the Crownhill Studio in Düsseldorf (acoustic recording), the studio of the Psy-Trance-Artist Tarsis (electronic programming) and the Studio Saal 3 of Heiko Maile (Camouflage) at the Stuttgart Medienhaus (mixing, assisted by Jochen Schmalbach). During the production the Semaphore GmbH filed for bankruptcy and the band separated.

In 1999 Hilton Theissen founded the alternative and electronic based band Akanoid together with Uwe Lübbers. Until 2003, the band released two albums, three vinyl singles and a best of as well as various features and compilation tracks with the label Insolation (Zoomia-group, Stuttgart) in Cologne.

In 2000, Theissen took part in the RTL TV show Deine Band – a show about the casted band Public Animals. Afterwards, he focused on his own projects again. In his new founded Elektrofish Studio he first worked with his own bands Akanoid, Sphere (under contract of Isolation Records, too) as well as the Psy-Trance-Project Spacefish whose vinyl singles were published at the trance label Spirit Zone.

After the discontinuation of his side projects and the release of the third Album (published with Alive distribution in cooperation with the publisher’s edition Popfloor / BMG Ufa), Theissen and Uwe Lübbers were signed by the emerging Independent label Echozone. Until 2011, they released two albums and various singles respectively EPs.

Between 2012 and 2014, Theissen was a board member of the Künstlerhaus Bem Adam in Soest. He engaged in the promotion of art and cultural affairs. He also supported local young musicians and played the guitar in the band projects Pentarize and the Krautrock project Weltraum which were based at the Künstlerhaus.

After the production of one EP and the album ich, du und die anderen of the band Leichtmatrose in 2005, Theissen took part in the band as a guitarist and a background singer during Joachim Witt’s Neumond tour and on Witt’s birthday concert at the Grünspan in Hamburg 2015.

Within the pop band Seadrake, founded in 2015, Theissen is in charge for the vocals, guitars, songwriting and coproduction. Further band members are Mathias Thürk (Minerve) and Rickard Gunnarsson, son of the ABBA-bassist Rutger Gunnarsson. 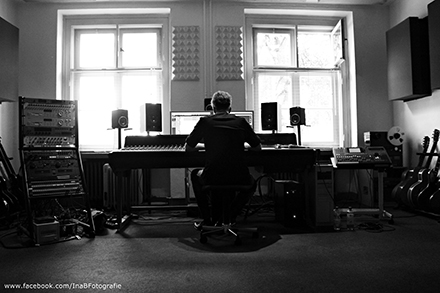 CAREER AS A MUSIC PRODUCER

In 2000, Theissen founded the Eletrofish Studio together with Uwe Lübbers and Linus Wessel (Tarsis). After various of his own productions, cooperations (among others with Darrin Huss from Psyche, Thomas from Escape with Romeo and Marc Heal from “Cubanate”), remixes for other artists and the exit of Linus Wessel, the Elektrofish Studio expanded in 2006 to Elektrofish Studios Soest (since 2017 Arnsberg) and Olsberg.

From 2006 on, the Elektrofish studio is open for other productions, bands and projects, mix and mastering jobs as well as labels and publishers like BMG Rights Management and the „Universal Music Group“. For example, the latest studio album Mob Research of the British bassist Paul Raven (Killing Joke, Ministry) was coproduced together with Mark Gemini Twaithe (The Mission, Peter Murphy, Tricky) and Tim Palmer, mixed and mastered.

However, stylistically comprehensive themes are also part of the studio’s output. Examples are a vocal house album for the Paco Rabanne Black-XS campaign, the production of the album Tourist in Your Own Town of the British independent project Friday Night Hero with lead singer Alex Uhlmann (Planet Funk) or the Atari-8bit-soundtrack for the retro computer game Dimo’s Quest, released in 2014.

In 2016 and 2017, Theissen was a member of the jury of Luxembourg's Next Popstar and works as a songwriter in cooperation with the Imagem publishing company.